After reading The Society of the Spectacle by Guy Debord, I thought of the film Matrix by the Wachowski Brothers. The text was difficult to comprehend in depth at first glance but it was clear for me that Debord was trying to tell us how the world is full of human-created artifacts that are not necessarily precise reflections of the reality. 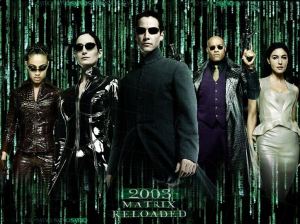 I thought the film Matrix narrates of a similar world view where we are not even aware of the fact that we are living in a matrix, or a virtual world, and are lost of the ability to distinguish the real and fake world. I remember how shocked I was after watching this film and went through a phase of disbelief about every existing thing on earth. The world I was totally accustomed to, or entirely “built” by my own worldview, could have been completely untrue according to this film.

The world of the spectacle that Debord argues explains how the real world is turning into “matrix” manipulated by media and commercialism. It is interesting how his argument is more than valid 50 years after its publication; the world is now full of spectacle that we created for ourselves through social networking service.